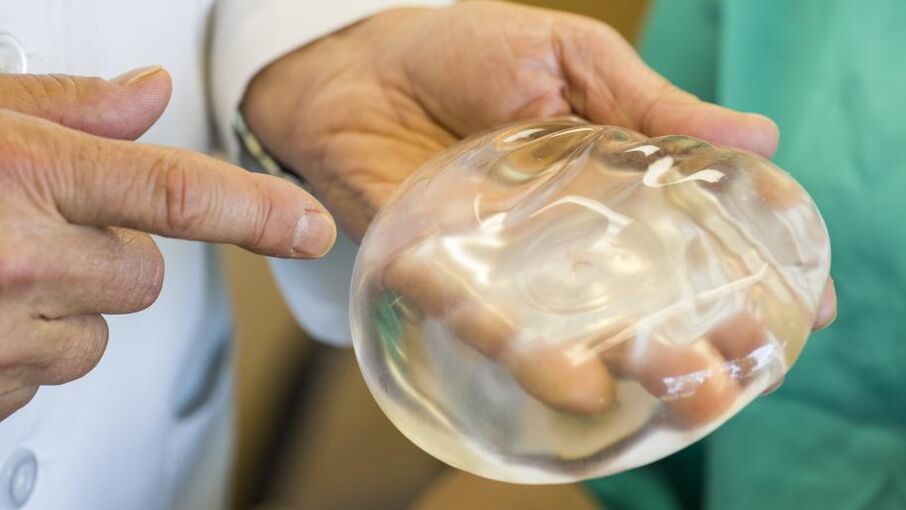 Factors to consider when deciding on breast augmentation

Decrease in the effectiveness of mammography tests

A stent graft reduces the effectiveness of diagnosing breast cancer. It is necessary to inform the examining physician about the presence of the prosthesis so that he can use special techniques to minimize the risk of rupture of the prosthesis casing. Additionally, additional tests at different projections may be needed, which increases the radiation dose a woman receives. However, early detection of breast cancer justifies the associated risks.

It is recommended that a mammogram be performed the day before the operation and 6 to 12 months after implant placement. The images obtained will allow a greater follow-up of the alterations that occur in the mammary glands.

Self-examination of the mammary glands

After installing the implant, a monthly independent examination of the mammary glands is required. Ask your doctor to explain how to tell the difference between a implant and breast tissue. If lumps or any suspicious changes are found, a biopsy should be performed. When doing this, be careful not to damage the implant.

Closed capsulotomy, which consists of squeezing the fibrous tissue formed around the implant to break the capsule, is not recommended, as it can damage the prosthesis itself.

There is a risk of complications with any type of surgery, such as the effects of anesthesia, infection, swelling, redness, bleeding and pain. Along with this, additional complications are possible during implantation.

Collapse / rupture of the prosthesis

If the integrity of the shell is violated, the prosthesis can collapse. It can be instantaneous or gradual. Externally, it looks like a change in the size or shape of the breast. The collapse of the prosthesis can occur either in the first months after the operation, or after several years. The reason can be damage to the prosthesis by surgical instruments during the operation, capsular contracture, closed capsulotomy, external pressure (eg, with trauma or severe chest tightness, excessive compression during mammography), with an umbilical incision, as well as for unknown reasons / inexplicable.

It should be remembered that the prosthesis wears out over time, which can lead to its breakage/collapse. Additional surgery is needed to remove the dormant prosthesis and install a new one.

In case of excessive compaction and/or severe pain, surgery is necessary to remove the capsular tissue or the implant itself and, eventually, replace it with a new one. However, this does not eliminate the risk of recurrence of capsular contracture.

After implantation of a breast implant, sensations of pain of varying intensity and duration are possible. This pain occurs as a result of pinched nerves or difficult muscle contraction, which can be caused by incorrectly sized implants, incorrect placement, surgical errors, and capsular contracture. If severe pain occurs, notify the responsible physician.

Dissatisfaction with the cosmetic effect

The probability of these defects can be reduced by carefully planning the operation and choosing the right technique. However, even in this case, such a possibility cannot be totally ruled out.

Any surgical intervention is associated with the risk of infection. In most cases, the infection develops a few days or weeks after surgery. If the infection cannot be controlled with antibiotics and the presence of an implant makes treatment difficult, removal of the prosthesis may be necessary. Installation of a new implant is only possible after recovery.

In rare cases, toxic shock syndrome develops after implantation of a breast implant, which can be fatal. Symptoms include a sudden rise in body temperature, vomiting, diarrhea, fainting, dizziness and/or a skin rash. If these symptoms appear, you should see a doctor immediately and start treatment.

A hematoma is a pool of blood (in this case, around an implant or incision), and a seroma is a pool of serous fluid, which is the watery component of blood. Postoperative hematoma and seroma may contribute to infection and/or capsular contracture and be accompanied by swelling, pain, and bruising. The formation of a hematoma is more likely in the postoperative period. However, it can appear at any other time with a chest bruise. As a rule, small bruises and seromas resolve on their own. Large bruises or seromas may require drainage. In some cases, a small scar is left after the drainage tube is removed. When inserting a drain, it is important not to damage the implant, which can lead to collapse/rupture of the prosthesis.

Changes in sensation in the nipple and breast area

After implantation of the prosthesis, the sensitivity in the nipple and breast region may change. The changes vary widely - from significant sensitivity to no sensation at all. These changes can be temporary and irreversible, affecting sexual sensitivity or the ability to breastfeed.

So far, it has not been possible to obtain data proving the diffusion of small amounts of silicone from the shell of the prosthesis to the surrounding tissue and its entry into breast milk. It is also not known what effect silicone can have on the baby if ingested with breast milk. Currently, there are no methods to quantify the amount of silicone in breast milk. However, a study comparing the level of silicone in the breast milk of women with and without implants suggests that women with implants filled with saline solution and women with gel implants have similar rates.

Calcium deposits in tissue around the implant

On mammography, calcium deposits can be mistaken for malignant tumors. In order to differentiate them from cancerous tumors, biopsy and/or surgical removal of the implant may be necessary in some cases.

In some cases, the incision may take a long time to heal.

Insufficient thickness of the skin flap covering the prosthesis and/or prolonged wound healing can lead to rejection of the prosthesis, which will be visible through the skin.

Necrosis, or death of the tissue around the prosthesis, can permanently deform scar tissue and impede healing. In these cases, it is necessary to resort to surgical correction and/or removal of the prosthesis. Necrosis is often preceded by infection, use of steroids to clean the surgical bag, smoking, chemotherapy/radiotherapy, and intense thermal and cold therapy.

The pressure exerted by the implant on the breast tissue can thin and wrinkle. This can happen either with an implanted prosthesis or after its removal without replacement.

Concern about the relationship between breast implant placement and the occurrence of autoimmune or connective tissue diseases, such as lupus, scleroderma or rheumatoid arthritis, emerged after reports of these conditions in a small number of women with breast implants. However, the results of a series of large epidemiological studies, which examined women with breast implants and women who have never had breast surgery, indicate that the incidence of these diseases among women in both groups is approximately the same. However, many women believe that it was the prosthesis that caused their illness. According to published data, arthroplasty does not increase the risk of developing breast cancer.